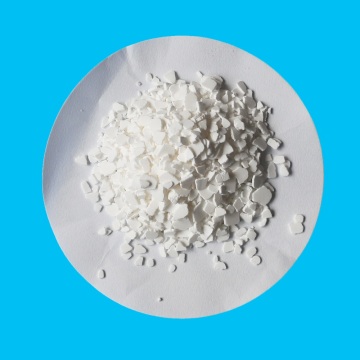 Calcium Chloride occurs as white, hard fragments, granules, or powder. It is anhydrous or contains two molecules of water of hydration. It is deliquescent. It is soluble in water and slightly soluble in alcohol. The Calcium chloride pH of a 1:20 aqueous solution is between 4.5 and 11.0.

Labeling Indicate whether it is anhydrous or the dihydrate.

Acid-Insoluble Matter Anhydrous: Not more than 0.02%; no particles per kilogram of sample greater than 2 mm in any dimension.

Arsenic Not more than 3 mg/kg.

Lead Not more than 5 mg/kg.

Jiangsu Kolod Food Ingredients Co., Ltd. is a leading manufacturer of high-purity chemicals in China. We produce phosphates, sulfates, chlorides, citrates etc. mainly food and pharma grade. We have passed ISO 9001, ISO 14001, ISO 22000, KOSHER, HALAL, GMP, FDA certifications. There are 12 workshops in our factory, and we produce dozens of products. Our production capacity is 200,000MTs/year. With stable and superior quality, we have been authorized supplier of Coca-cola, Nestle, Mars Group, Brenntag for years.

Email to this supplier